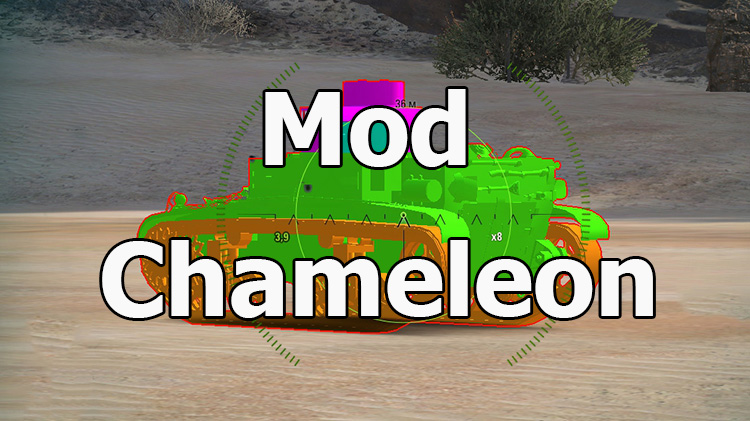 Mod "Chameleon" - 3D skins of enemy tanks for World of Tanks 1.19.1.0 will be an invaluable assistant for both experienced players and beginners. The mod can work in two variations to choose from - to be activated continuously or only when you hover on an enemy tank in sniper mode. It has a well-chosen and balanced color palette to help the player quickly navigate.

In today's realities, it is very difficult to master the knowledge of booking all World of Tanks tanks, of which a large number have already been entered and each has its own unique schemes, strengths and weaknesses. This mod can help out in this situation, because you don’t have to figure it out yourself and look for weak points in the enemy’s armor, he will do everything himself. It will highlight all parts of the tank with a certain color depending on the thickness of the armor, highlight the gusli, hatches, etc., which will make it possible to decide at the shortest time at what point to shoot. Plus, on these 3D skins for WOT, the marks from your allied and allied shots are clearly visible, which in turn will indicate weak and over-armored areas of enemy tanks.

Shooting at long distances will be a separate pleasure. Get rid of doubts and unnecessary shots. Thanks to the modification “Chameleon”, it is easy to see whether it makes sense to waste a projectile even by a piece of a protruding tank because of some kind of cover. 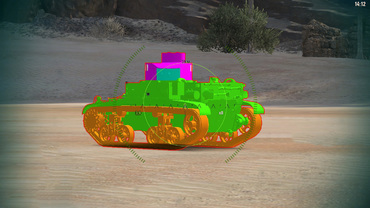 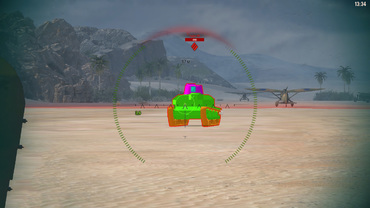