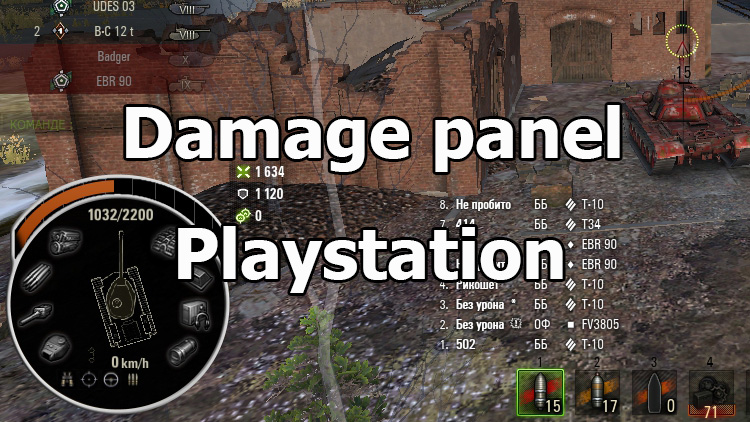 Very often, it is console games that stand out for their fresh outlook on certain things and, yes, gameplay elements and thus inspire developers and creators of mods to make changes to computer games for personal computers.

For example, the majority of World of Tanks players have long been aware of the existence of a version of the game for the Playstation and that it is very different from its older brother. Even by the first screenshots and gameplay video with the naked eye one could notice huge differences in both the hangar interface and the design of the combat interface, and in particular the damage panel. And of course, very quickly, this damage panel was transferred by Andre_V’s efforts to the computer version of the game.

The console design of the “Playstation” damage panel for World of Tanks 1.19.1.0 is really unique and does not look like pre-existing fashion, and in terms of quality and style, it is immediately clear that professional and talented people were working on it, and not inexperienced fans.

With this level of design, freshness in the approach, optimization and excellent functionality, this panel damage has every chance of gaining popularity among the tank community of PC owners, having ranked along with the panels from GambitER and zayaz. 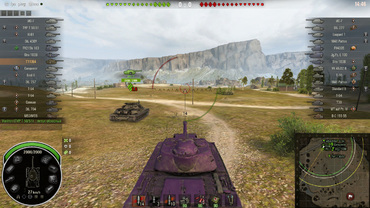 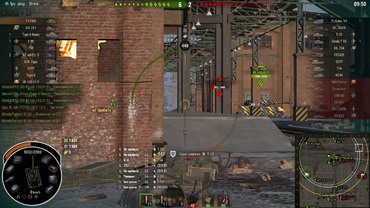