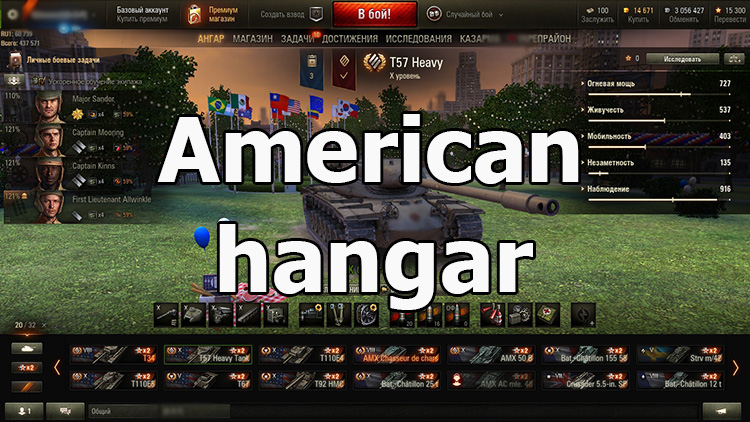 Presented to your attention the hangar was initially seen on the American test server World of Tanks and moved for use on the Russian-language game servers. It was created by game designers in honor of US Independence Day and is made in the atmosphere of a purely North American park. Behind the horizon behind the trees one can see skyscrapers, a number of flags from different countries and decorated trees, and a tablecloth with a picnic basket and other nice details is spread out next to the tank on the grass. The atmosphere of this hangar can be described as very positive, festive and really summer.

And finally, this so attractive American hangar for WOT 1.15.0.2 was also adapted by the developers for the current version of the game client. With the latest update, two versions of it were made available for computers of different performance - with low-resolution and high-resolution textures, to choose from.