One of the most important and integral interface elements that are critical for an effective skill game in World of Tanks is a minimap. Although, unfortunately, many players forget about it, but the map allows you to navigate in battle and to monitor the situation on the flanks. The mod “Smart minimap locastan” for World of Tanks 1.16.1.0 was created as a compromise between the high level of frames per second and the full minimap from the XVM set. Installing this mod will add to the minimap not only the viewing and drawing circles of the objects, but also the killing places of the allies and provide an opportunity to customize all the output information.

In addition, undoubtedly, it also performs all the functions of the basic mini-map — display the direction vector of your barrel, the angles of horizontal guidance for artillery, and memorize the last place to display the machines of opponents.

In combination, all these changes will significantly improve the game’s performance, because, as you know, it depends to a large extent on your review and review of the enemy’s tanks, and by looking at the review circles and equipment markers you can better understand how to proceed further so as not to fall under enemy fire and perevechivat certain areas, which is especially important with the increase in the number of light tanks in battle. 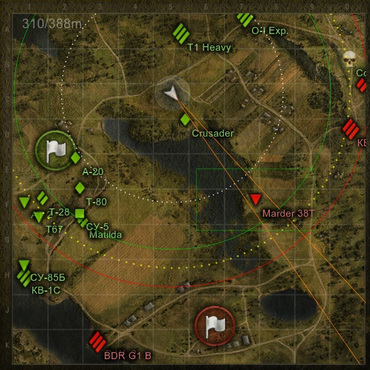 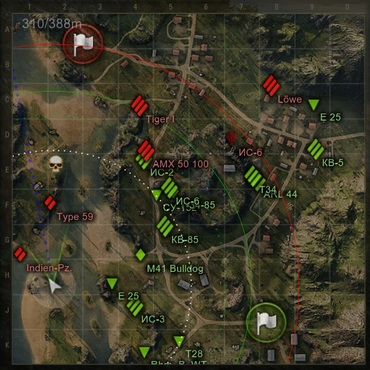 Copy the res_mods folder to the World of Tanks game folder.