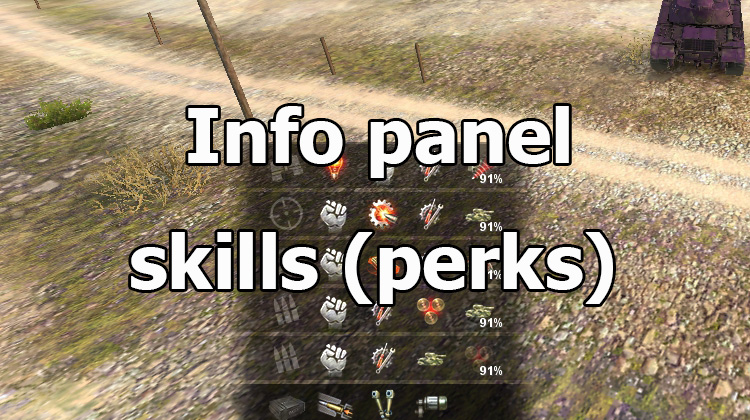 In 2019, it is already difficult to surprise experienced World of Tanks players with a truly new and unusual mod, which will also be useful. But the authors of mods, whose names have long become a mark of quality in the world of WoT modifications are surprising! For example, did you sometimes think that when going into battle you couldn’t remember exactly which perks and skills were pumped by the crew, what equipment was installed and whether the commander should wait for the Sixth Sense to be triggered or did you not hope for an inexperienced crew? Especially if you have more than a dozen tanks and crews?

And here is able to come to the aid of mod info panel crew skill (perks) in battle for World of Tanks 1.15.0.2! Like all brilliant, it is very simple, but at the same time it does what is necessary and quite stylish. It is enough to press the "Backspace" key in the battle (the hot key can be changed in the configuration file) in order for the damage panel to display the icons of all the skills learned, as well as the percentage of progress on the skill being pumped. 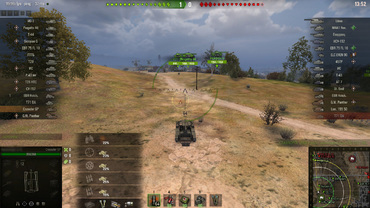 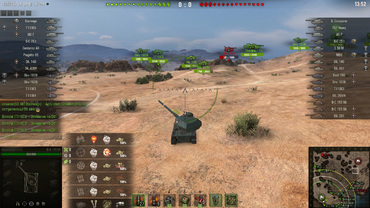 To change the position of displaying the skill information panel, edit the line "PositionMode", specifying a different position. The list of available positions can be viewed in the picture attached to the archive.

By default, the key to call the info panel skill "Backspace". You can change it by editing the "ActivationKey" line by specifying another key. The list of available keys can be viewed in the text file ".txt", which is attached to the archive with the mod.

Folder "mods" copy to the game folder World of Tanks.