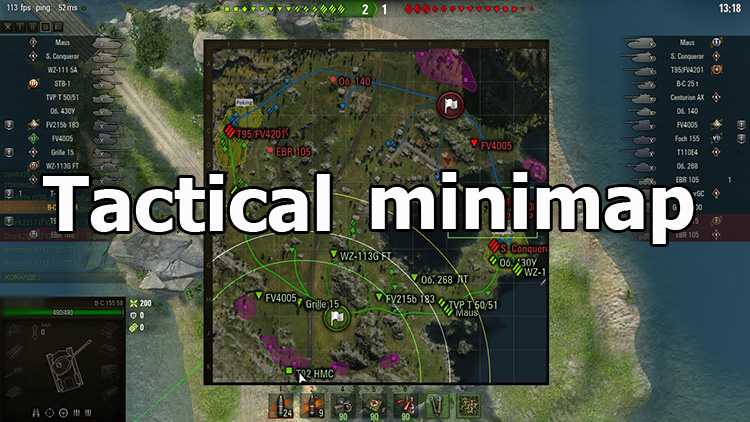 The mod “Tactical mini-map in battle” for World of Tanks 1.19.1.0 is one of the most interesting and useful modifications for the game client, which certainly increases the comfort and level of pleasure from the game. Especially the effect of its use will be noticeable for players who do not often play WoT or just learn new versions of cards after a long break. The presented modification allows on the battle loading screen to study the map of the upcoming battle with marked options for traveling for each class of equipment, as well as the most effective zones for shooting on TD, artillery and even medium tanks, not to mention effective zones for passive light on light tanks. This allows you to plan your tactics for a fight even before the start of the countdown before the start, and in fact in our game every second is sometimes important.

At the moment, players can access the version of the modification with the actual data at the time the patch 1.19.1.0 was released, and the map can be more finely tuned by editing the configuration file.

In addition, in the latest update of the modification, optimization and adaptation was carried out to work in the current version of the World of Tanks game client, and the ability to display a minimap in the center of the screen in combat when you press the X key was added. 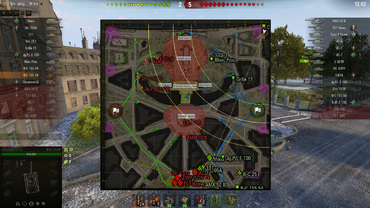 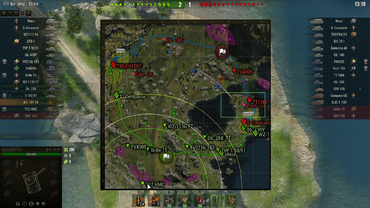