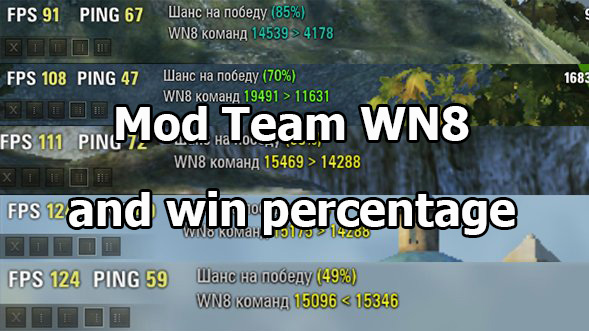 All the more or less advanced players in World of Tanks have long known such a cool integrated mod like XVM, which vastly extends the information content of the interface and capabilities in the game. However, many players had to use this modification literally because of several small favorite functions, alternatives to which in the form of other lighter and not computer-loading mods simply did not exist. And it should be noted that XVM greatly reduces the performance of weak computers.

One of the most beloved and sought-after features of XVM was the calculation of the percentage of probability of victory, thanks to a comparison of the sums of WN8 for teams. And finally, this opportunity became available separately, thanks to the work of the creators of the modifications. At the same time, the mod Team WN8 and the percentage to win (without XVM) for WOT 1.19.1.0 does not cause any conflicts with other game mods. The rating is taken into account only for players who at the time of the battle have already played over a hundred fights.

Also, in the latest version of the modification, additional pre-installed configs were added and work was done to reduce the load on the computer, and statistics loading was fixed.

The player has several options that differ in information content and visually, and if you want to customize yourself to your liking - in the folder are all the configs with easily understood points. 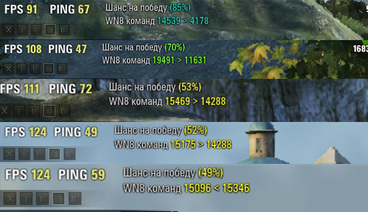 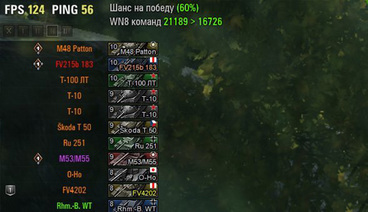