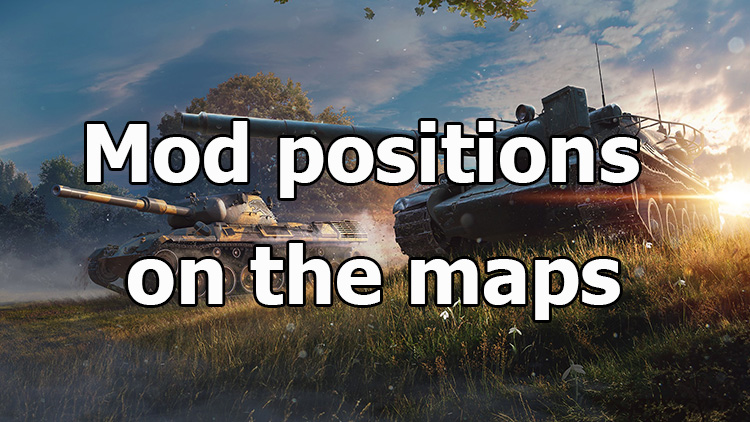 One of the most useful, especially for inexperienced or have not played WOT players for a long time, you can definitely consider a free mod for positions on maps for World of Tanks 1.18.0.3. Modification for shooting, light and comfortable hiding LFD. All work on this mod was carried out by the RAINN VOD team specifically so that players had the opportunity to get good and useful tips directly in battle on their minimap! At the same time, this mod is absolutely legal!

This modification provides the display of more than 600 best gameplay positions on maps on 33 World of Tanks maps. Using this modification, you can significantly increase your skill and explore many interesting positions and directions in battle. However, this mod also has a slight minus - it is activated only for 10 days. After this time, the player will have to download and install the modification again. However, the benefits of this mod are worth these small inconveniences.