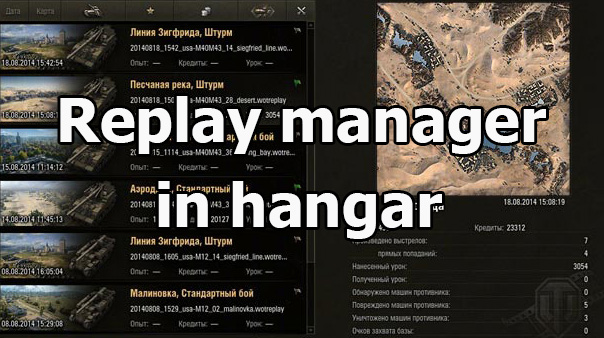 Writing down and praising your best fights in World of Tanks has long been a good tradition among players. Replays allow you to analyze your battles after the game, show them in the record to your friends or audiences of various sites, create video, cuts, etc. from them without harm to the fight and computer performance. However, it is not very convenient to sort them in the form of files, and it is not always possible to immediately recall the map, model of the tank or the results of the battle. This modification was created to solve this problem and optimize work with replays, which is called Mod "Replay manager in hangar for World of Tanks 1.16.1.0". It allows you to easily and intuitively manage your replays while being directly in the game client. The icon for launching the replay manager will appear both on the server selection screen and in the hangar near the combat mission icon immediately after installing this modification and restarting the game.

Among the features and capabilities of the submitted replay manager, mention should be made of: 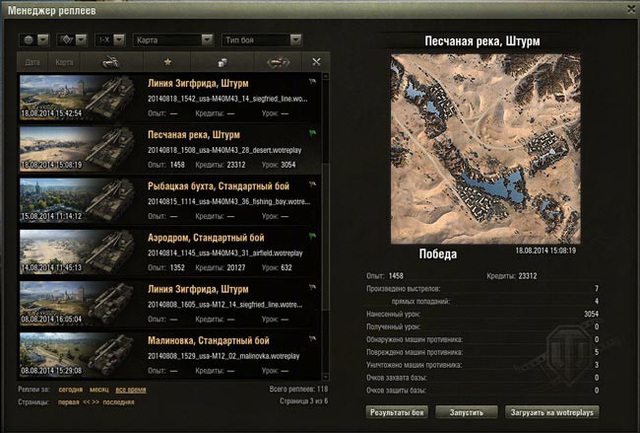 After that, it is necessary to delete the old modification cache file called ReplaysCache.cache from the game folder.