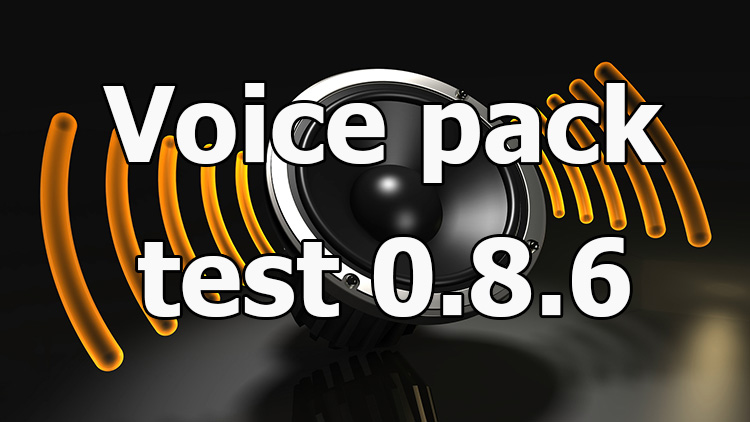 As surely many of you remember, when World of Tanks was updated to version 0.8.6, developers made changes in the crew’s voice on the test server, but due to some dissatisfaction with such changes among many players, this voice was not preserved on the shared server. However, no doubt many players liked this voice and they would not refuse to play with such sounds even now. Especially for this, the voice pack from test 0.8.6 for World of Tanks 1.17.0.1 was saved by the creators of the mods and is currently still available for download, so you have a great opportunity to install it and hear your favorite game in a new way. In addition, it should be borne in mind that professional voice acting, unlike many amateur assemblies, is a guarantee of quality and atmosphere.

In this voice, the developers have completely re-voiced all the events with a different voice, and a lot of the phrases have been replaced or shortened. In addition, voice phrases voiced the crits of the gun and the shooting down of the tracks of the enemy tanks. Unfortunately, the voice acting did not include sounds notifying about the end of the recharge - for them you will have to install a separate client modification.

The contents of the folder of the desired option to place in the folder World of Tanks/mods/1.17.0.1/