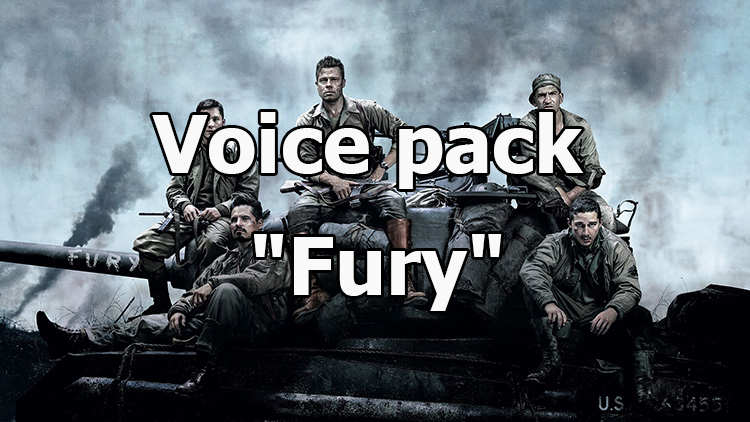 Surely, most of the tank community has long seen and remembered the Hollywood film “Fury” with Brad Pitt in the lead role. It was simply impossible to miss or not to hear about him at one time, because Wargaming took an active part in its advertising, players were even given the opportunity to buy a version of the Fury tank as a premium one.

And as befits a film about tankers, the Fury film was full of vivid emotional phrases that fit perfectly into the fights in World of Tanks. That is why the famous model Andre_V did not miss the opportunity to create an excellent quality voice pack from the movie "Fury" for World of Tanks 1.19.1.0, which you have the opportunity to download now. It included more than one and a half hundreds of different replicas said by members of the crew of the Fury tank in the film. And even the fact that some of them sound with music in the background did not spoil the voice acting! Very positive and fun option, especially for those players who liked the movie!

Installation of this voice acting is the usual standard pattern. You will need to download the archive with the modification, unpack it and copy the contents of the archive into the client folder of the game World of Tanks. And of course, confirm the replacement of files when requested.