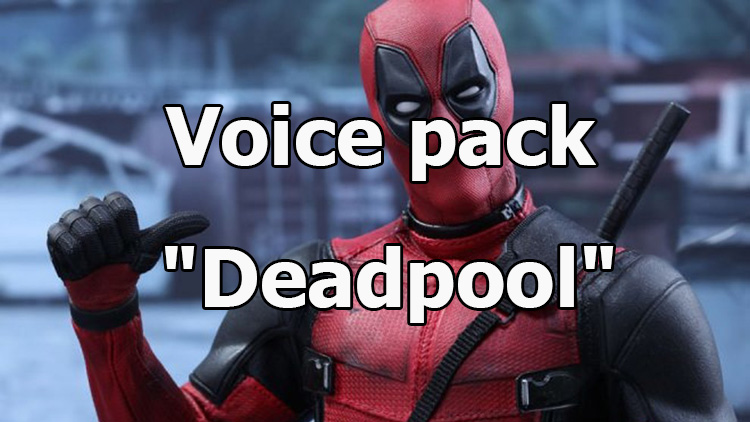 The fun and interesting voice of the crew for World of Tanks - this is already a classic game modifications. Literally almost any famous film or game of recent years that a large audience has liked is probably already cut into short phrases by modelers, which are distributed among more or less relevant events in battle. The movie Deadpool was no exception, moreover, in such high-quality voice acting by the famous Russian actor dubbing Peter Ivaschenko. Voice pack from the movie "Deadpool" for World of Tanks 1.15.0.2 just can not get bad because this combination of sparkling humor, vigor in a high-quality shell!

Deadpool is one of those characters who is able to make any situation better with his black and uncontrolled humor. Surely and unsuccessful fights will be a little better if they are accompanied by his voice. In general, this kind of crew voice is great for those players who are tired of the dull tone of the standard voice acting and want to try something new, but they are also tired, so after a couple of months they should be replaced when you learn all the variations of the phrases. Fortunately, there are so many comic and high-quality voices of the crew that you will probably last for a long time.