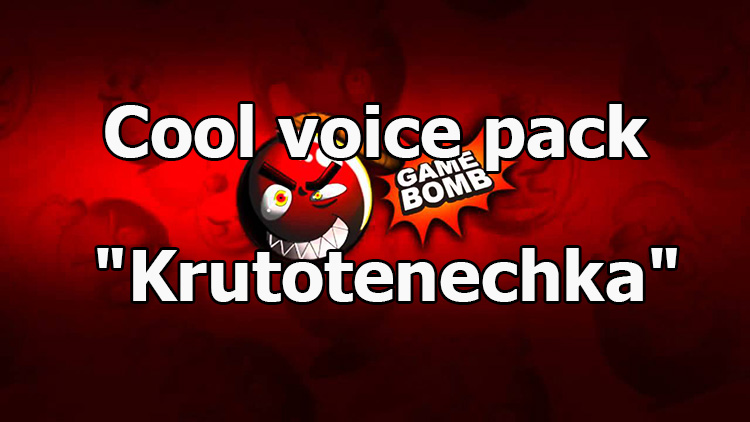 Alternative cool voice pack "Krutotenechka" for World of Tanks 1.15.0.2 has long gained popularity among a certain part of the audience of players. And of course, such popularity could not but cause new versions of this modification, each of which is only better than the previous one. Presented at this time to your attention the voice acting is already the third in turn and as expected, twice as good as the previous one! It is difficult to describe in words what the dubbing is. Those who are familiar with it and so they know what it is about, well, and for those who have not tried it yet - you should definitely try and make your own impression, you will not regret! Moreover, this time the funny phrases performed by Krutotenechka became three times more and at the same time they became even funnier! Therefore, if they start to bother you, then very not very soon.