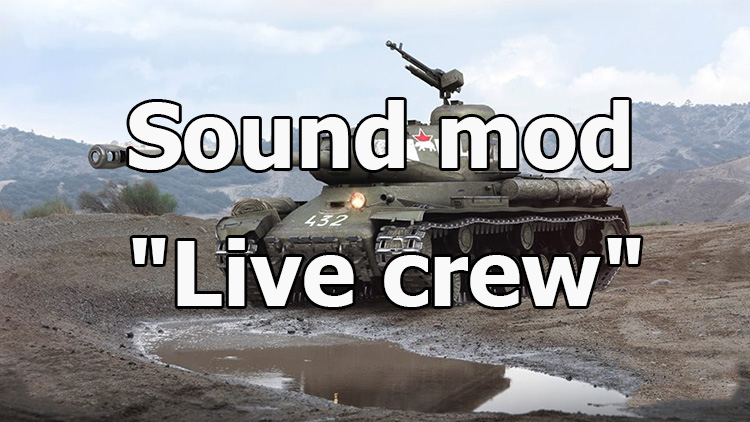 The Realistic sound mod "Live crew" for World of Tanks 1.19.1.0 presented at this time is unique in its kind, as it adds to the game not phrases for the crew of your tank, but voices the talks of your allies. This modification tracks the commands sent by your allies to the chat and voiced them with suitable phrases cut from the real talk of the tankmen on the radio. You will hear the voice of the tanker on the radio if an ally informs you that he has gone to reload, is attacking the enemy or asking for help. Also voiced and messages pointing to the square on the map and much more.

In addition, we added to the archive a realistic voice for the tank crew itself, also taken from the recordings of the real negotiations of the tank crew on the radio during combat operations. This allows the player to truly feel the atmosphere of battle and the intensity of emotions experienced by real people during such events.

To install, you will need to carry out a standard procedure - download the archive, unpack it and copy the contents inside the folder with modifications to the game client World of Tanks.

Do not forget that in this modification real phrases were taken, therefore there is also profanity among them, which means it is not recommended to use it on computers that children have access to.