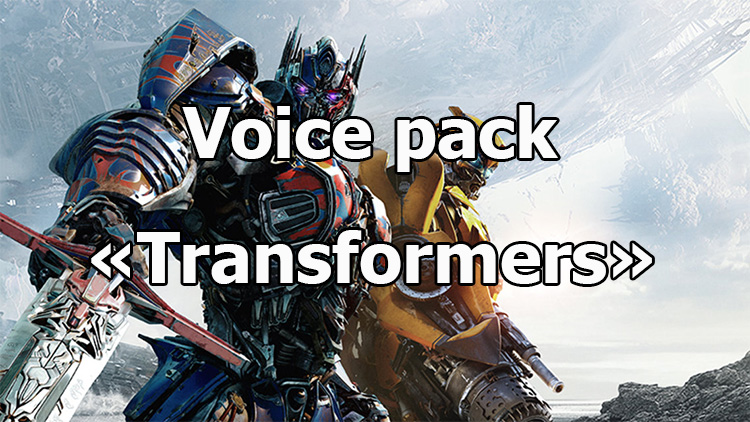 Unlike many other voices created for the World of Tanks game, this time the modified voice acting presented to your attention will appeal to players of any age and gender, because the number of fans of Transformers Universe is simply huge! After all, not only films narrating the history of the conflict of Autobot and Decepticons, but also animated series in the 90s and even a separate computer game were made. In this case, it is from the game “Transformers. Revenge of the Fallen "and more than three hundred phrases were taken to voice the voices of the crew of your car in World of Tanks. By installing the Transformers Voice pack for World of Tanks 1.19.1.0, you will certainly recognize the voices of Optimus Prime and the Hornet, as well as possibly other transformers who will accompany you in battle and inform you of the events that have occurred. And even people who are completely unfamiliar with this universe can like it, because phrases were written by professionals and sound impressive even outside the context of transformers.