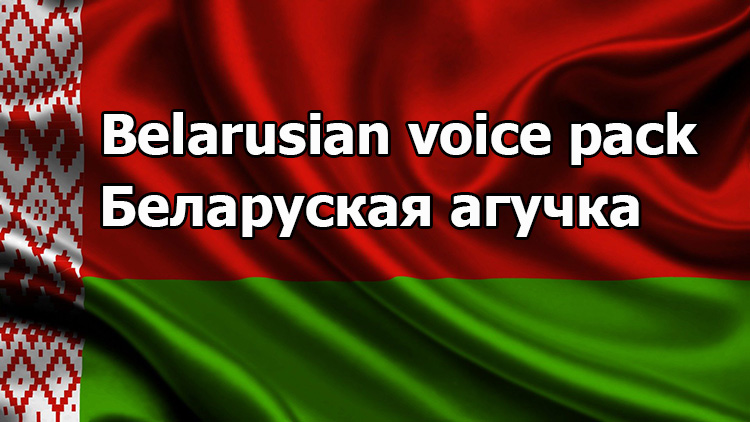 Surprisingly, for some reason, despite the fact that World of Tanks was originally created in Belarus, an official Belarusian voice acting from Wargaming has not yet been created for it. And of course, such an injustice could not be missed by the developers of the modifications and they created their own, unofficial version of the voice acting for the WoT client. In it, the author of the Shurix_Noise mods translated into Belarusian virtually all the crew’s phrases you can hear in battle — replicas of the enemy tank’s light, hits and ricochet, enemy destruction, and other phrases well known and familiar to them for many years. In this case, the Belarusian voice pack for World of Tanks 1.19.1.0 is made at a decent level, very high quality and with attention to detail, and therefore playing with such voice acting will surely bring you due pleasure.

Also in the latest version of this modification, it was fully tested, optimized and adapted for operation in the client of World of Tanks version 1.19.1.0 and at the moment this crew’s dubbing package is probably the best option, at least until the creation of the official dubbing version by Wargaming .