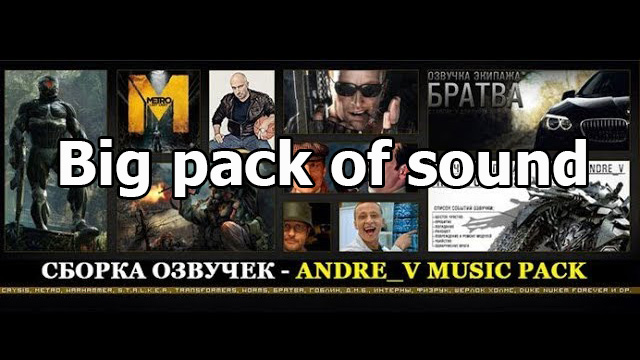 Presented to your attention modpack of sound from Andre_V for World of Tanks 1.19.0.0 is one of the largest at the moment, collecting the best versions of them in the entire history of the game. By downloading this assembly of soundings you are guaranteed to save yourself from searching for new sounds for the game in the coming months, or even years.

This mega-pack includes more than 70 sets of alternative sounds for World of Tanks, among which you will find sounds from the Warhammer series of games (with sets of sounds for each fraction), voice acting from WoT Blitz, Armored Warfare, well-known shooter franchises such as Battlefield and Call of Duty, sound sets from WGTV, Stalker games, many famous comedy series and Soviet films, cartoons created by Goblin, Commentator, Strategic Music studio, as well as dozens of others!

All voiceovers from the list are packed in a convenient installer, allowing you to select the option of interest from a considerable list. In addition, the protection of the sound files of the World of Tanks game is also sewn into it, which means that even after installing or removing this modification, the original voice acting files of the game will not disappear anywhere.

Having installed the modpack once, you can at any time without leaving the game change the voice acting to the desired one. To do this, just go to the client settings, then the sound tab and select the desired voice acting in the drop-down list as in the screenshots below. 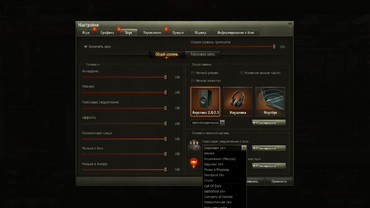 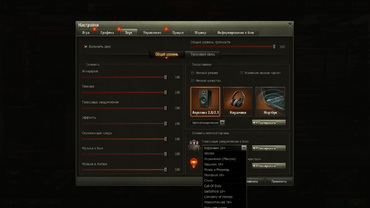