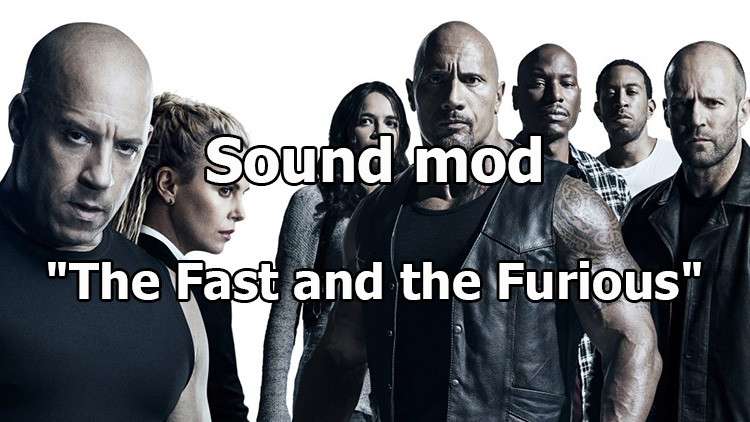 Sometimes it seems that the authors of mods over the years have already created sound modifications for World of Tanks on literally any topic and dedicated to any major franchise. However, each time there is a new sound mode with a new really worthwhile topic. This happened with the "Fast and the Furious" musical mod for World of Tanks 1.13.0.1 presented to your attention this time. What can be better suited for peppy and dynamic tank battles than music from films devoted to races and powerful cars?

The presented musical modification will certainly appeal not only to fans of this media franchise, but also to lovers of high-quality driving music. Indeed, the creators included many compositions in this assembly, from such artists as Busta Rhymes, Eminem, Pitbull, Don Omar and many others that sounded at one time in any of the eight franchise films.

Installing this modification is not difficult even for a child. To install this sound modification of the client you will need to download the archive, unzip it and copy the contents (music_interactive.wotmod) to the game folder World of Tanks/mods/*current version of the client*/

The music_interactive.wotmod file from the archive is copied to the World of Tanks/mods/1.13.0.1/ folder.