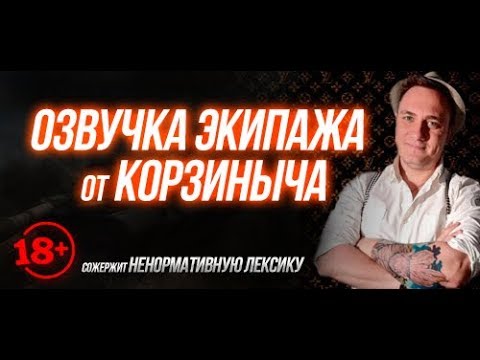 This time, your attention is presented with a truly unique modification created by the famous tank streamer Korzinych.

This dubbing is not interesting and unique in itself because of the high quality of the modification and recording of audio, but also because this dubbing was recorded by Korzinych in fact during his stream, when he read out the phrases suggested by Dmitry’s regular viewers in the chat. As a result - a truly distinctive voice acting, peppy and emotional. However, of course, it should be noted that this dubbing, as warned in advance by the Korzinych, is an 18+ mod and contains a lot of obscene phrases, and therefore its use is not recommended in the presence of children and in public places.

In the latest version of the modification, adaptation and optimization of voice acting was performed to function in the client version of the game World of Tanks 1.19.1.0. In addition, the voice filter was removed in the 18+ crew voice version.