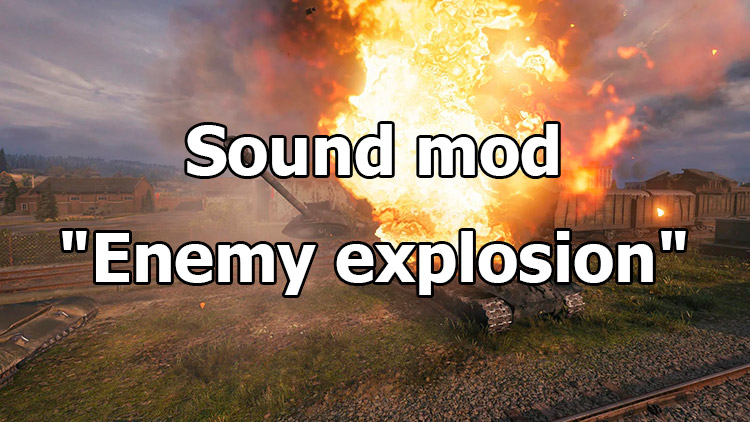 Less and less often, in World of Tanks, it is possible to meet truly new and original modifications from an area that has not previously been touched by mod developers. However, they still manage to surprise the players!

One of such new and interesting ideas was a modification, which appeared for the first time not so long ago in the assembly of mods from ProTanki. Her main task was to provide voice acting for various secondary events in battle with alternative sounds. However, even it had certain drawbacks - it could only be installed from a modpack, and additional modifications were installed along with it. Therefore, as an alternative, the "Enemy explosion" sound mod for World of Tanks 1.19.1.0 was developed.

There is no practical benefit from using this modification, but it definitely brings a certain amount of fun into battle! By default, when your or someone else's ammo rack explodes, the melody "Bamboleilo" starts playing, but the players have more than two dozen options to choose from - from songs of Winnie the Pooh to tunes from other computer games, films, TV series.

Also, the list of available voice acting will be supplemented by the creators in the future, and for sure we are still waiting for quite amusing variations of the voice acting of the ammunition rack explosion.

The configuration file is located at:

You can change the path to sound files in the line:

You can turn off the sound of the explosion of your ammo rack in the line: