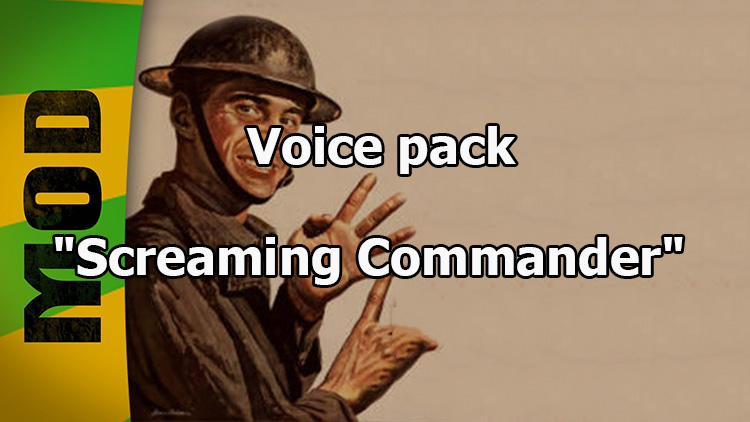 There are many charismatic waterways in World of Tanks and one of the most popular and well-known commentaries was Sasha_Bang, who gained popularity thanks to his video series “Screaming Commander”. And of course, the audience wanted to get a voice acting for their crew in the same style.

However, be careful! Voice pack "Screaming Commander" for World of Tanks 1.15.0.2 is created and designed exclusively for adult players! And such brutal phrases and profanity present in this modification may seem too tough at first, but over time you will surely understand that this is exactly what you want to say at such moments of the battle.

Moreover, your attention is a version of voice acting 3.0! This means that the number of phrases has increased and their number has already exceeded two hundred, and the chance to repeat the same phrase in one battle has decreased twice.

By installing World of Tanks in your client of this voice acting, in each battle you will receive a charge of motivation to victory from the Screaming Commander, which will certainly stimulate you to an increased number of victories and greater efficiency in battle!

Be sure to try this set of voice acting, if the basic gameplay seems to be too monotonous and boring to you!

The contents of the archive placed in the folder World of Tanks/mods /1.15.0.2/