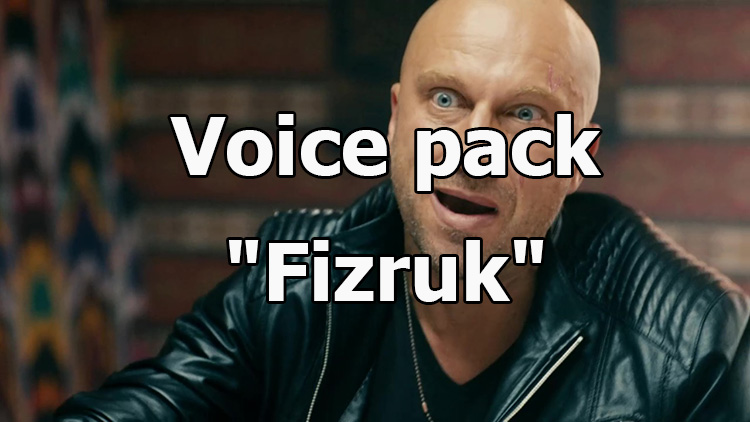 Despite the fact that the standard voice of the game is good enough, but still, after a while, I really want to hear some new phrases from the crew and feel new unfamiliar emotions. For this there are a variety of sound modifications that are created based on the films, cartoons and other computer games. As a result, there are very diverse dubbing sounds, from simple fans to very aggressive ones.

Today we want to introduce you to the crew’s fun voice-over with the crew entitled “Funny voice pack Fizruk for World of Tanks 1.17.0.1”. It is immediately apparent from the title that the well-known Russian TV series Fizruk and its main character, played by the notorious Dmitry Nagiyev, is taken as the basis of this sound mod. This film and its main character are remembered by many witty words that the World of Tanks tank crew borrowed. The voice acting is very rich in the various phrases of the crew which are perfectly suitable for various combat situations of the game, thanks to which the fighting spirit of the game process is preserved.