Colored icons of tanks in the hangar for World of Tanks 1.17.0.1 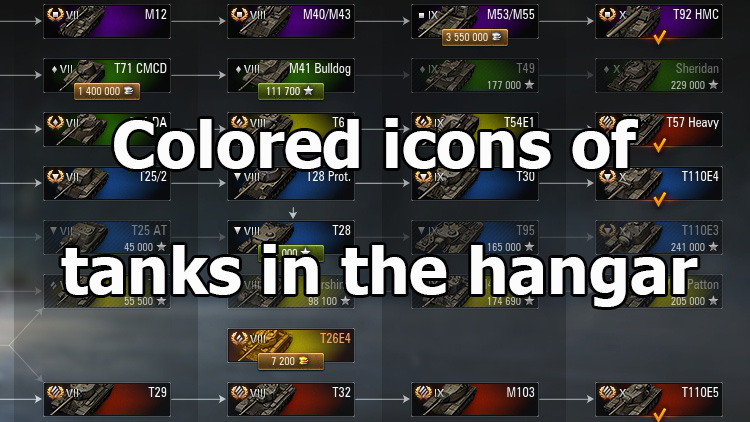 Colored icons of tanks in the hangar for World of Tanks 1.17.0.1

Color and informative alternatives to tank icons in World of Tanks were among the first community modifications after the game was created. What alternatives were not drawn by the designers! However, most mod creators are modifying the icons in the teams' ears in the battle. And the presented mod is something not so familiar. Mod Colored icons of tanks in the hangar for World of Tanks 1.17.0.1 is designed to replace the gray icons of tanks in the results of the battle, the trees of the research of nations and carousel! Now the background behind the image of the tanks is also painted in a certain color, depending on the type of tank, which makes it convenient and quick to find the tank of interest, as well as evaluating the work of the teams after the battle, and pumping a certain nation. The colors are pretty familiar - green corresponds to light tanks, yellow to medium ones, blue is the color of anti-tank self-propelled guns, red is heavy tanks, and artillery got purple. In addition, the player is available to choose from two options for icon sets, which allows you to choose from several design options. 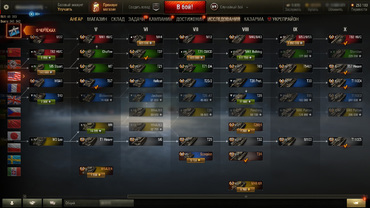 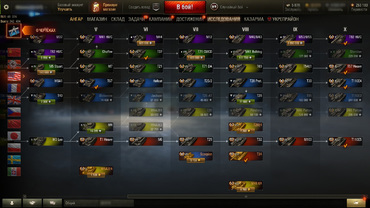